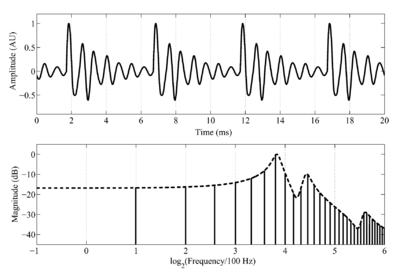 Figure 1 – The waveform and spectrum of a child's /a/ vowel.

Figure 3 – Auditory images of the note G2 as sung by a baritone (a) and as played by a French horn (b). 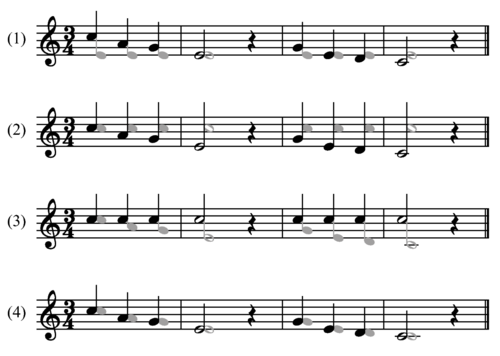 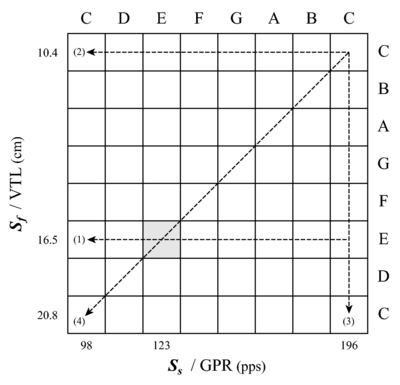 Figure 5. The Ss − Sf plane, or GPR-VTL plane. The abscissa is the acoustic scale of the source (Ss), or the GPR, increasing from left to right over an octave. The ordinate is the acoustic scale of the filter (Sf), or the VTL, doubling from top to bottom. The plane is partitioned in squares that represent the musical intervals. The square associated with the original speaker is highlighted in grey. The dashed lines show the progression of the notes in the melodies.